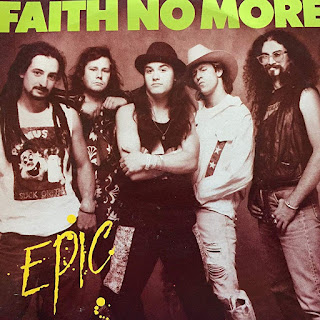 On June 20, 1989, Californian rock band Faith No More released their third album, The Real Thing. The band had been together for 10 years and built a growing-yet-still-small fanbase, but the five-piece was undergoing a rebuild. They had dropped erratic frontman Chuck Mosley the year before and replaced him with a long-haired livewire named Mike Patton from largely unknown band Mr Bungle. The sound behind the vocals was the same unique blend of funk, metal and rock, but the introduction of the flexibly voiced Patton meant a seismic change was coming.

There was little fanfare when The Real Thing came out. Much like first single From Out Of Nowhere, the album was barely a blip on the Billboard charts. But that all changed with the release of second single, Epic, in January 1990. It not only pushed Faith No More into a new level of recognition, it also dragged The Real Thing slowly but surely up the US charts, eventually taking it to #11 sixteen months after its release. On the back of Epic, they became a Grammy-winning, MTV-approved, platinum-selling act.


But more importantly, Epic would help change the musical landscape forever. At the very least, Epic would prove to be the first major leak in the dam wall that kept alternative music from the mainstream.

The impact of Epic begins with its music, which is perhaps best described by its title.

“It was called Epic as a kind of code word,” bassist Billy Gould said in a 1997 interview.

“It was kind of like the parting of the Red Sea. It was a preposterous grandiose thing.”

Opening with a blare of synthesized trumpets and full-blooded major chords, the song only takes about a dozen seconds to reveal itself as something far removed from the hard rock of the time. Gould’s slap-bass pulse, in perfect lock-step with Mike “Puffy” Bordin’s thumping gated drums, comes to the fore.

And then in comes Patton, aggressively rapping about some unnamed trend you feel you really need to know about, before busting out a soaring nasal melody in the chorus. As the song progresses Jim Martin’s guitar rolls through funk chords, palm-muted thrash chugging, metal arpeggio licks, and a doubled guitar-god solo that’s suitably, well, epic. And at the end, some pseudo-classical piano from Roddy Bottum, because why the hell not.


The result is a mass of styles but never a mess. It’s metal, rap, funk, hardcore, punk and rock - it was the sound Faith No More had been perfecting in the underground scene, alongside other (mostly Californian) progenitors of what was loosely labelled “funk metal” such as Red Hot Chili Peppers, Primus, Living Colour, Jane’s Addiction, and Fishbone. But out of this burgeoning alternative scene, Faith No More were the first to break on through to the otherside.

Can you feel it, see it, hear it today?


Of course, rap and rock had been combined before - Patton admitted in a 2005 interview Epic was his “best attempt at impersonating Blondie's Rapture”. Innovators Run DMC and The Beastie Boys had blown up the charts by rapping over riffs, but Epic was different. It felt less like two disparate pieces stuck together in a (Rick Rubin) studio, but more like an organic, alternative thing that had grown fully formed in a rehearsal space.


In Entertain Us!, Craig Schuftan’s book dissecting the rise and fall of alt-rock in the ‘90s, he calls Epic “one of the new music’s first real success stories, a proper fusion of hip-hop and hard rock which seemed to combine all the best elements of both genres and more besides”.

It was raw yet radio-ready, and it was hooky yet it was unlike anything heard before. As a result the song inadvertently became the vanguard for alternative music, presaging the wave of the underground that would crash into the mainstream in the months and years to come.

Over the course of seven months from its release as a single in January 1990, Epic did the then-unthinkable in Australia - it moved from underground radio and onto the playlists of commercial stations and eventually the upper reaches of the ARIA charts. And in late August 1990, it reached the top of the Aussie pops, becoming the first alternative song to go to #1 in Australia.

By way of comparison, the other #1 artists on the singles chart prior to Epic’s three week run at #1 were MC Hammer, Roxette, Heart, Madonna, Paula Abdul (and an animated cat), Sinead O’Connor, and Aerosmith. Faith No More stood out like a goldfish flapping around on the floor (a part of their film clip which helped in no small way to push Epic up the charts).

It knocks you off your feet


That film clip would be a valuable asset in Faith No More’s accidental assault on the top of the charts. As director Ralph Ziman recalled, there were no expectations on the video, which would go on to have high rotation on MTV.

"I remember, the band had one day off from touring and they were in London,” Ziman said in a 2010 interview.

“The record company had phoned us on very short notice and asked us to do a music video. They made it sound like a really low priority. I think it was being done for Warner Bros at the time. I just made a list of things I thought we could do. Exploding piano. A fish flopping around. We literally had one day to pre-produce it.”

While Faith No More were indeed signed to major label Warner Bros at the time, that was an accident of sorts. They had signed to Slash Records, which started as a punk label in 1978 that quickly fell under the auspices of Warner. It was only when the interest in The Real Thing, and specifically Epic, grew that Warner’s interest in FNM grew, especially given opening single From Out Of Nowhere had no impact in the US (interestingly, From Out Of Nowhere charted better in the UK than Epic).


These days, the delineation between alternative rock and the mainstream seems laughable, but back then it was a Grand Canyon-sized gulf with the likes of Fugazi, Pixies and The Replacements on one side, and Michael Bolton, Madonna, and Bryan Adams on the other. Epic was the first track to bridge that gulf.

A year later, REM would bust out of the college circuit and hit the top of the Billboard charts, followed by Metallica. In January 1992, Nirvana would do the unthinkable and unseat the King of Pop himself, Michael Jackson, from the #1 position for one glorious barnstorming week. Around the world, bands and sounds once dismissed by commercial radio were everywhere in the wake of Epic’s success.

The Real Thing would be in the 40 biggest selling albums of 1990 in Australia (wedged bizarrely between Paul Simon’s The Rhythm Of The Saints and Rita MacNeil’s Reason To Believe) - the only alt-rock album in the chart. It’s a similar story in the end-of-year singles chart, with Epic at #22 (and the UK’s own alternative trailblazers The Stone Roses at #93 with Fool’s Gold).

Epic was a sign of things to come. They not only helped break down walls between genres, but led the underdog charge out of college radio and indie venues, and into commercial radio and arenas. The following year, REM, Ratcat, Hoodoo Gurus, Metallica and The Screaming Jets all made the best-selling albums list in Australia. In 1992, Nirvana and Red Hot Chili Peppers shine in the albums list, with Pearl Jam and Frente also hitting the singles best-sellers. The likes of Rage Against The Machine, Ween, Blind Melon, Radiohead, Lenny Kravitz, Soundgarden, The Cranberries, The Smashing Pumpkins, Silverchair, Crash Test Dummies, The Offspring, Beck, and Nine Inch Nails would soon follow into the ARIA charts - all very different bands with very different sounds, but all emblematic of what would be called ‘alt-rock’ or ‘alternative music’.

And Faith No More’s Epic broke that ground first. It would be their biggest hit in the US and see them unfairly regarded in some quarters as a one-hit wonder. In Australia, they would reach #1 again with their cover of The Commodores’ Easy, and crack the top 10 again with Ashes To Ashes. In the UK, they would finally sneak into the top 10 with the awesome Midlife Crisis.


Like most breakthrough hits, Faith No More would tire of Epic and stopped playing it within a few years of its release. It was also seen as sparking the love-it-or-hate-it funk-metal/nu-metal wave that gave us Korn and Limp Bizkit. But no matter how you slice it, Epic’s influence is indeed epic, and one that deserves recognition in the rock annals. Nothing quite like it had come before, and a lot that followed owed it a debt. 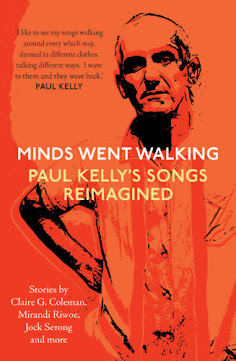 Very excited to be part of this book 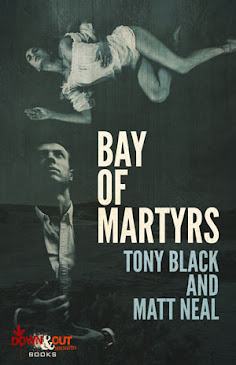